I’m putting these three projects together because they all constitute glittering paper stuff. And this is the end of the glitter!

First up, glittered gift tags. I liked the fact that you didn’t need to use glue here; you put double-sided tape on the tags and then glitter. The only problem is that the tape doesn’t quite hold the glitter like the glue does. So you can’t tap the glitter off too hard, or you end up losing too much glitter. (OMG, stop saying GLITTER!) 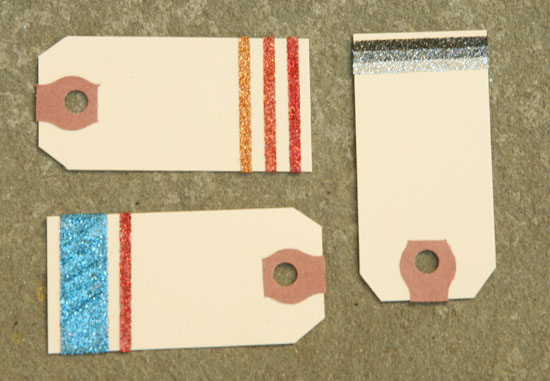 I just used those little manila tags. I like the look of them; I especially like doing the ombre effect.

Next was glittering a stenciled letter onto a card. Like so: 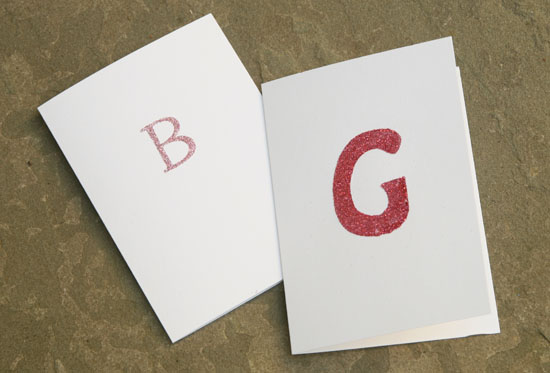 The big “G” I did as instructed, by using a letter stencil and painting glue onto the card. The second one, the little “B”, I did with a glue stamp pad. I had some letter stamps, and you can buy a stamp pad that’s glue instead of ink. I found that it worked really well, especially if you want a more delicate letter. 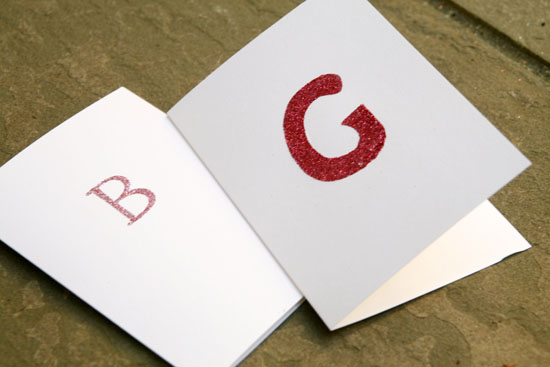 Finally, you take a patterned card and then glitter the crap out of it with clear glitter. Main problem here? Painting glue all over the card makes it warp like nobody’s business. While I was glittering: 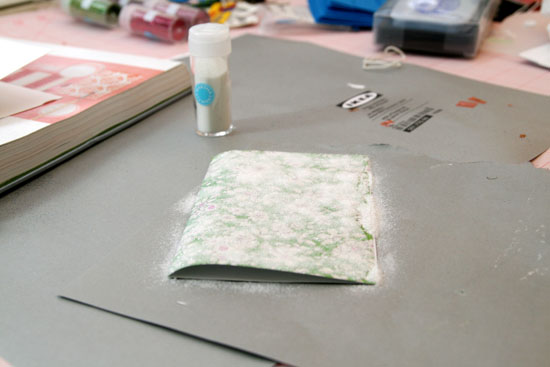 And when it was done and dried? 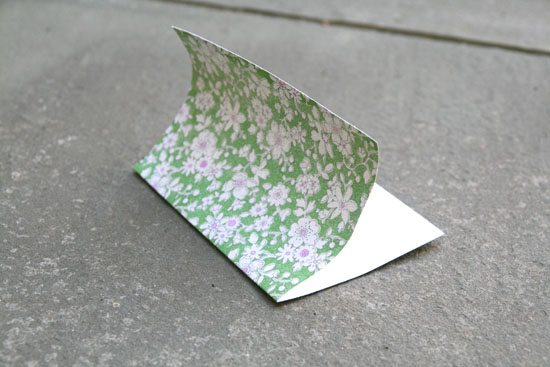 Um, warped much? Martha does, in fact, warn of this issue. She recommends encasing the card in waxed paper and then putting it in a book for a few hours to flatten it. OK, fine, but… really? I didn’t want to have to do that at this juncture. So I held it down while I photographed the glittered result: 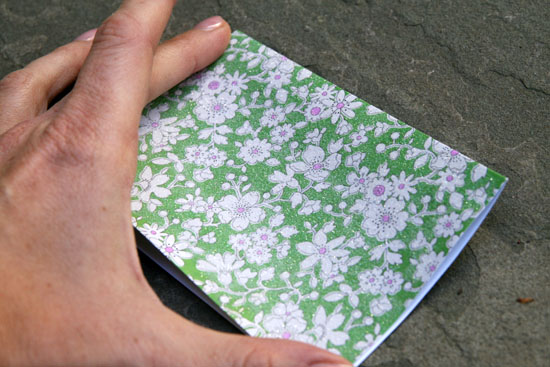 WAS IT WORTH IT?

Honestly, I think the glittered monograms were my favorite glitter project, maybe of all. It was cute. The tags were “meh” even if I did like the ombre effect, and the card covered in clear glitter was a total bust.

Now, onto jewelry making, which I’m very excited about!