I’m loving tutorials found on the web lately, so I’ve been cranking out some of my own versions. I’m actually finally getting around to making all the things I’ve pinned to my DIY Pinterest board. You’ve probably all seen something like these DIY neon-toed shoes from Green Wedding Shoes: 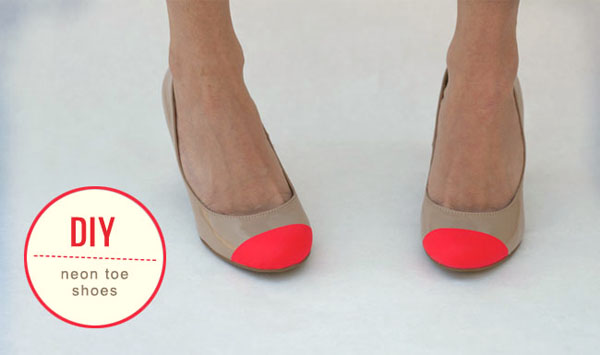 I thought this was a super cute idea, so I got me some nude shoes at Ross and set out on my own. Just like the pioneers heading over the Sierra Nevadas.

I didn’t really follow the tutorial over at GWS, but I wanted to give them a shout out since I got the idea from them. They used spray paint, but I decided to use the Martha Stewart craft paint which is supposed to go on any surface in the universe. I hope SpaceX knows about it because they could really pretty-up their commercial space flights.

I also decided to paint the heel of my shoes to kick it up a notch, natch. 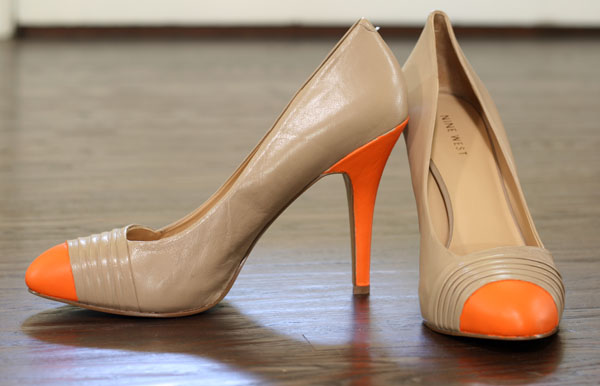 Here are the shoes I found: 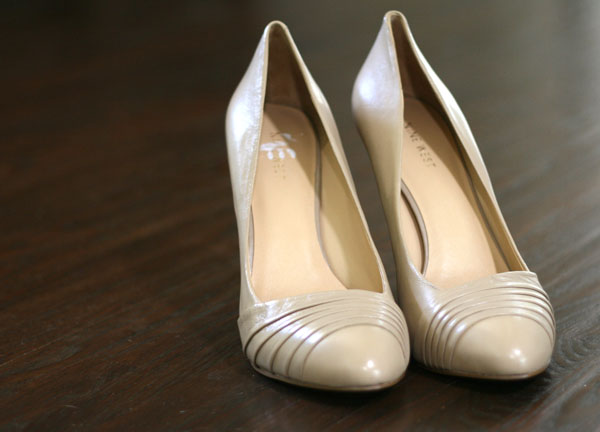 I got these Nine West babies at Ross for $17, yo. They are quite high but I also thought the pleating on the front provided a perfect border for the paint.

The hardest part of doing this job is taping everything off. You don’t really want paint on the soles or the edges of the shoes, so you have to tape everything. 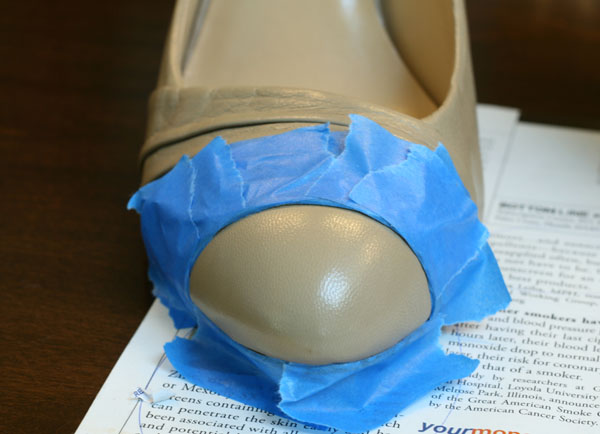 It’s tricky to get the bottoms taped off just right. 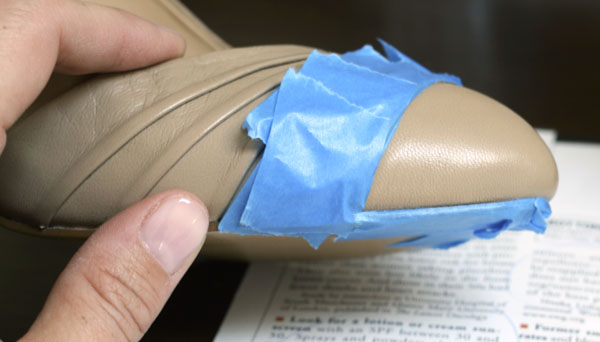 The heels were even worse, because I didn’t want the paint spilling over onto the heel pad or into the sole. So I taped the bejeezus out of it. 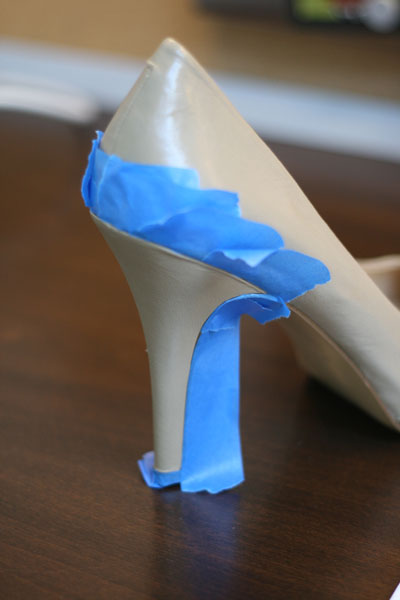 Once I’d finished the taping, I had to prep my paint. Martha has glow-in-the-dark paint, but not “neon” paint, per se. I wasn’t sure I wanted my shoes to glow in the dark. So I mixed some of that paint with some bright orange paint to get just the right hue. 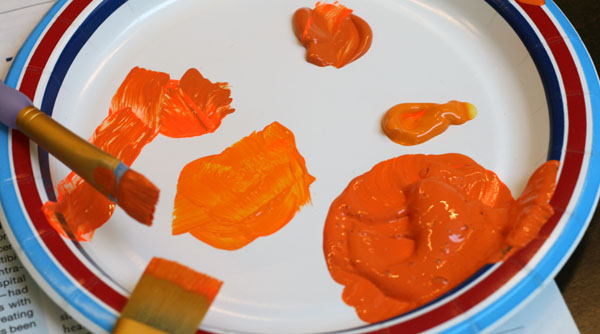 I gathered everything up and started painting. 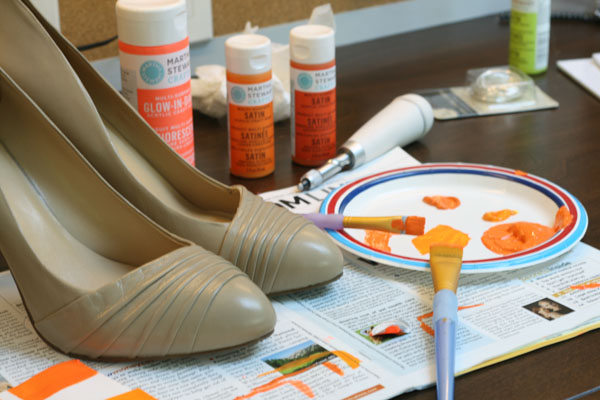 I think I put 3 or 4 coats on. It didn’t take very long to dry in between coats. Then, I carefully peeled off the tape. The only issue here is that you have to peel very carefully or some of the paint might peel off, too. I suspect this is not an issue with the spray paint, but I also didn’t want to have to use that heavy duty stuff. 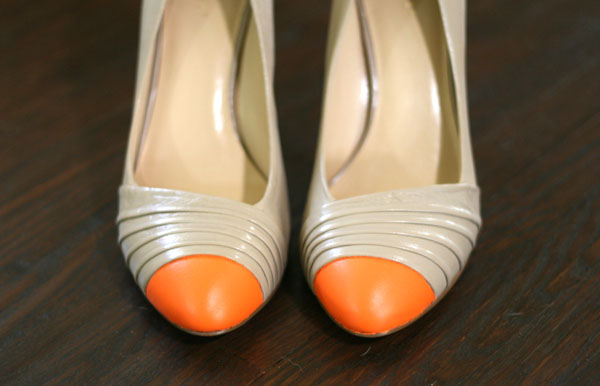 Here’s the finished product. Not totally perfect, but good enough that someone looking at my feet isn’t going to notice any issues.

I wore them that night to an event for my son’s school, and I kid you not, the FIRST person I ran into at the party said, “Wow, cool shoes!” And then I said, “Thanks! I made them. I mean, I didn’t make them, I painted them, but, you know, you get the idea.” 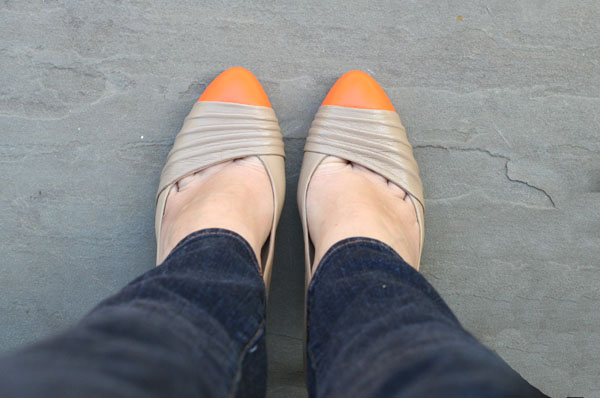