Keeping the Cat out of the Fishbowl

A few months ago, the boys decided they wanted fish. I was clearly delusional at the time, because I said, “Of course you can get fish!” And now I’m cleaning fishbowls way more frequently than anyone wants to.

At first, it was just the cleaning. And then came the inevitable: the cat got very interested in these bowls. 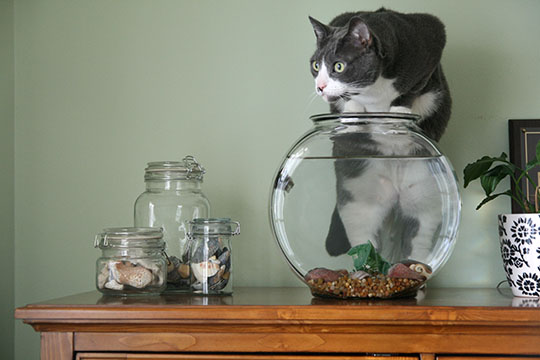 And then, beyond interested, apparently the cat got very thirsty. 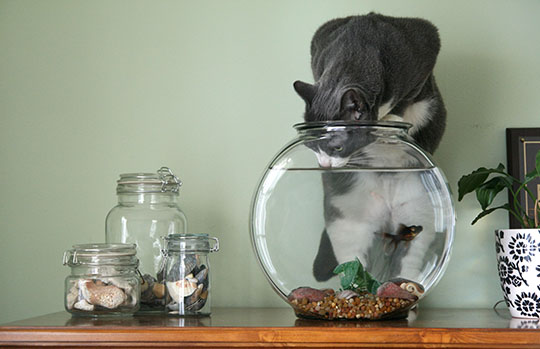 And now she drinks from the fishbowl multiple times a day. I’ve never seen her actually put her paws in, like she is trying to get the fish; in fact, I’m not entirely sure she even knows there’s a fish in there. But man, she loves to drink that nasty water.

At first, I tried putting cheesecloth over the bowl and securing it with a rubber band. And then a day or two later, I came in and the entire piece of cheesecloth and the rubber band were floating in the fishbowl. Thankfully, the fish was unharmed.

Then, I went to the pet store and looked for lids. Of course, they carry nothing of the sort.

Then, THEN, I tried finding a tupperware lid that would fit on top of the bowl. I couldn’t find one, so I took one slightly larger than the bowl, punched a few holes in it, and set it on top, securing it with one of those jars of seashells to the left of the bowl.

I’m guessing you can figure out how that worked. At least it took her a few days, but she is now adept at knocking the jar of shells off and flipping the lid. GAH!

Finally, I saw a suggestion on a pet forum somewhere, buried deep in the comments. And it seemed like just the solution. 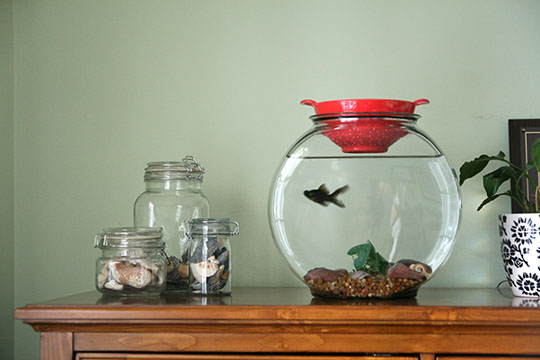 Yes, that’s just a plastic colander that cost $4.99. It’s not the most aesthetic option, but I think it’ll work. For now, the cat is a little baffled. 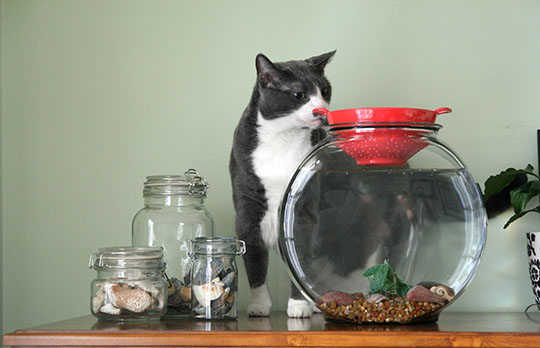 And until she can figure out simple machines, levers, fulcrums and hinges, I’m kind of counting on this working. 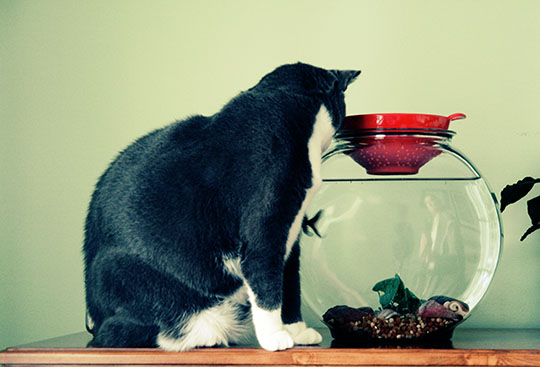