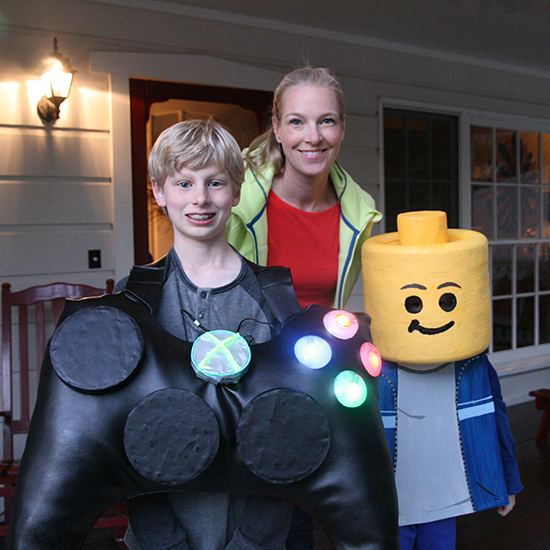 Here we are, completed costumes and all, ready to trick or treat! 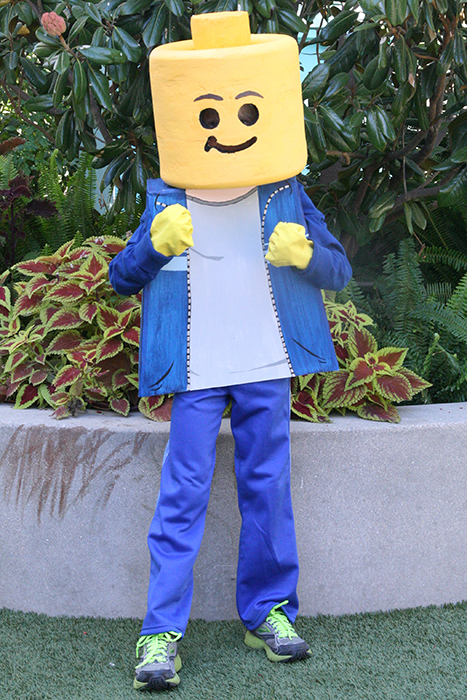 That’s the Lego boy at school. That shirt is an exact replica (perhaps “exact” is a little strong) of the Lego torso that he uses as himself when he puts himself into his Lego play. 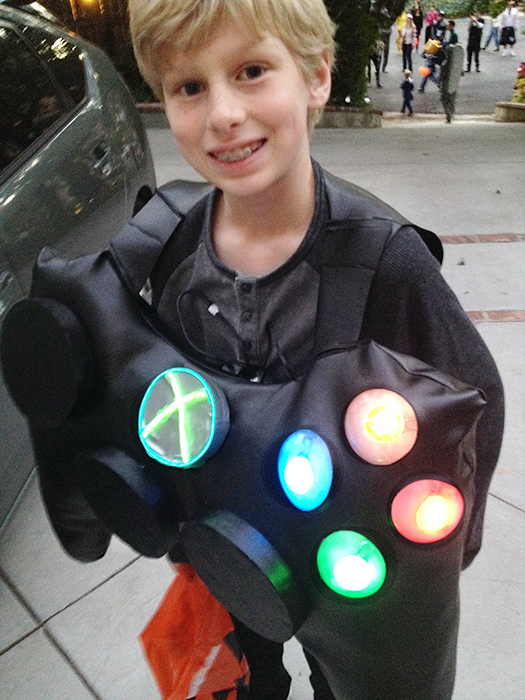 Here you get a better sense of the light up nature of the Xbox controller. The 10 year old liked it, too, because he had these little on and off switches that turned the X on, or set it to blink, or whatever. 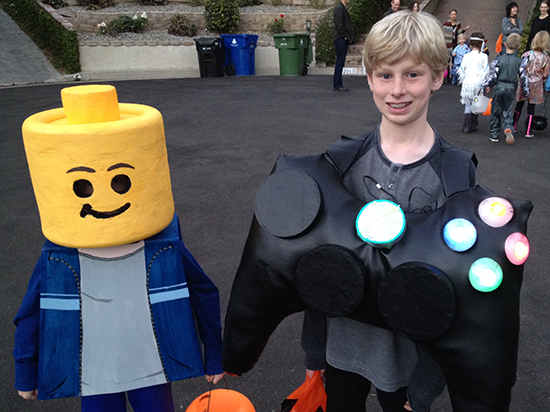 Wires showing a bit here, on the Xbox. Ah, well. 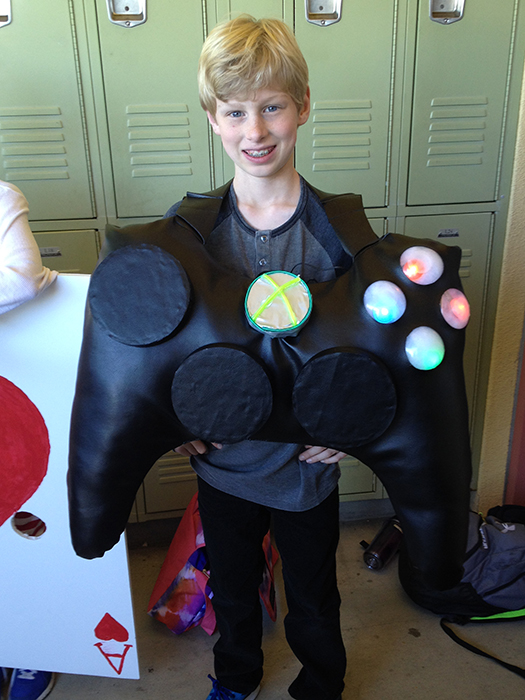 That’s the Xbox at school. He was a little annoyed because so many people came up to him and tried to “play” him, punching his light up buttons. 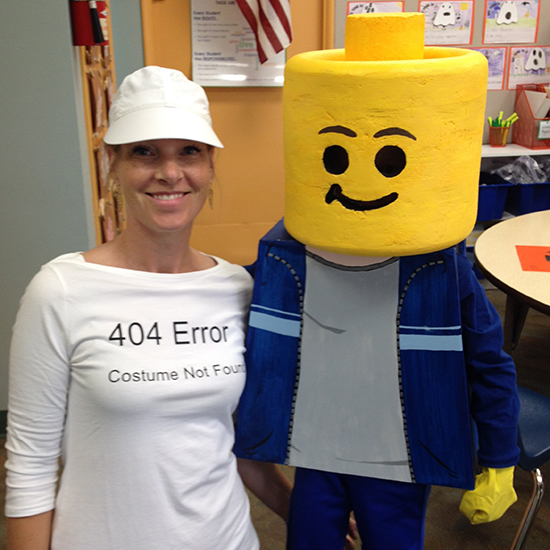 That’s me and the Lego at school. I made my costume the night before; not very original but simple and easy to move around!

I will be putting up tutorials for these costumes next week, so stay tuned!