Hi everyone! Last week, with the Around the World challenge, I thought I had a pretty good entry. But I barely squeaked by in second to last place. Phew! I missed going home by a hair. 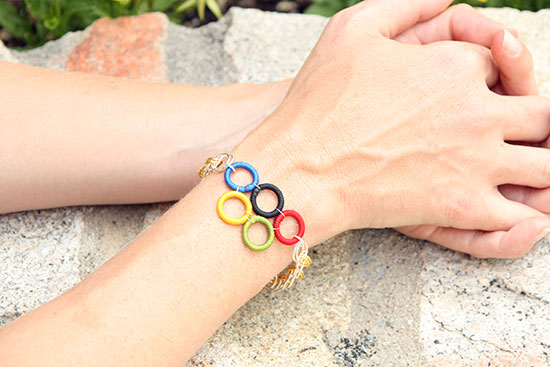 I made this Olympic rings bracelet, using a chain mail technique for the actually bracelet. I thought it was pretty cool, but the other projects were cooler, I suppose!

No worries. This week it’s ruffles. So head on over and vote! I’m hoping I don’t go out this week, but you never know! 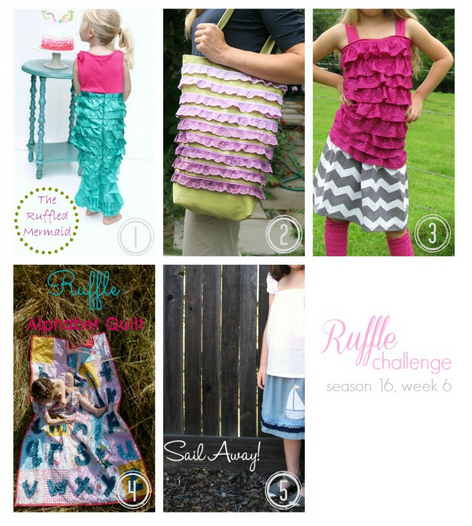 SYTYC, Week 5: Around the World

Does this mean we’re halfway there? Something like that!

Last week, for the Outdoor challenge, I made the birdhouse:

And again, I came in solidly in the middle. I loved the Whiskey Barrel Fire Pit that won; check it out if you haven’t seen it.

This week it’s Around the World. So go vote! 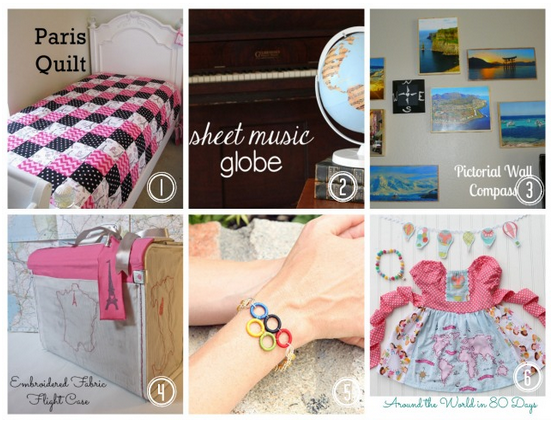 Hi peeps! It’s been a few since I’ve let you know what’s going on over at SYTYC; end of the school year and all that. Here’s the latest!

For the paint project, I was craft #7, the painted polish bracelets. 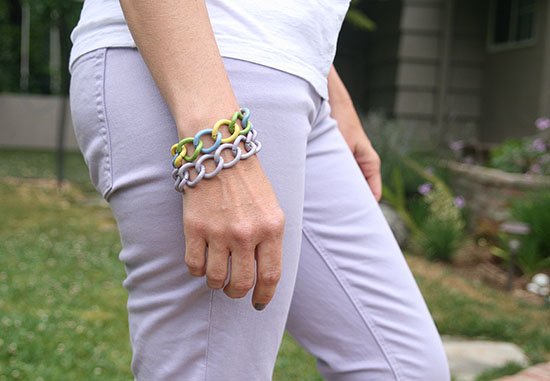 I took some large chain and painted it with nail polish to create these bracelets. I think I came in 4th this week out of 9, which is not too shabby and comfortably in the middle of the pack.

This week the project was upcycling, and I went to Goodwill (POPPIN’ TAGS!) and found a jacket for $5.99 that I cut up and turned into this purse: 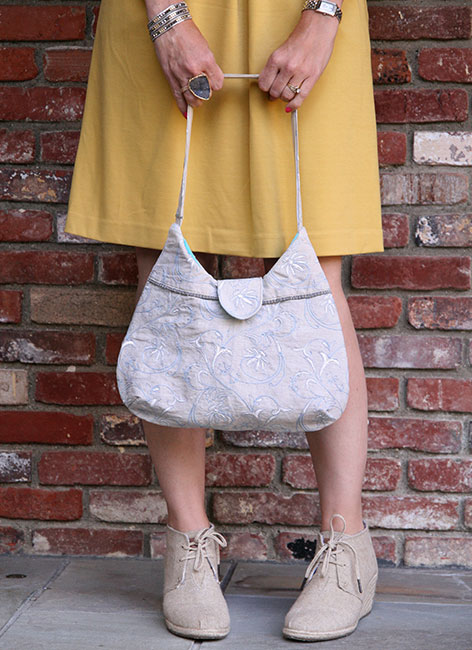 I’m not a great seamstress so it was challenging for me, but you know, I like to stretch my crafty muscles, yadda yadda. 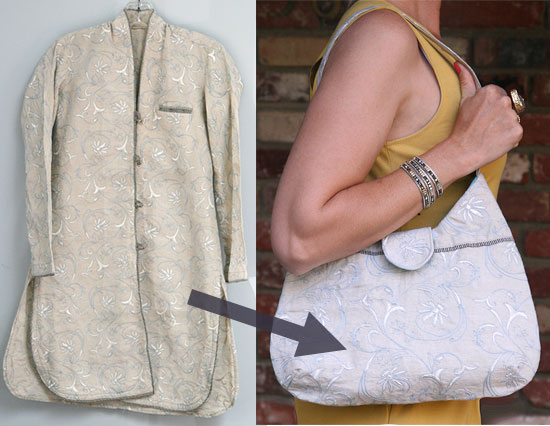 The funny part of this project was heading over to JoAnn fabric, where I got some blue linen fabric for the lining of the bag and some thread and the magnetic snaps. While I was standing in line, the older woman behind me said, “You look like you know a lot about sewing.” Really? Thread and some fabric? She proceeded to ask me about some sewing issue, and I responded with an educated guess. I happened to be holding the jacket, all folded up, in order to match it to the lining fabric, and she saw it and said, “Oooooh, this is pretty.” I told her it was just a jacket I’d gotten at Goodwill, and she then told me a whole story about how she had a pantsuit in almost the same fabric, and it was so beautiful, and PLEASE would I consider not cutting up that jacket, because it’s just too lovely! I felt a weird moment of guilt that I didn’t just hand over the jacket to her to make her sartorial life complete. Should I have given her my $5.99 Goodwill jacket? I dunno.

ANYHOO, this week I came in 5th out of 9, again, pretty safely in the middle of the pack. I guess I need to step up my crafting game if I’m going to inch my way to the top of the pack. Next week, the theme is Kids Can Do, so I’ll post when the link is up and you can head over there and see all the fun things these creative ladies have put together.

I have a bracelet tutorial for you all soon, so stay tuned!

A week or so ago, I got another bee in my bonnet or what have you, and I decided I HAD to go visit some reclaim/salvage stores. I was looking in particular for some reclaimed wood (more on that later), but I also learned of this store in downtown Los Angeles that is called Southern California Architectural Salvage. Doesn’t that sound lovely? It’s better than its previous name, which was Santa Fe Wrecking. Ha!

I wasn’t looking for anything in particular, but I was hoping for some amazing find at a great price. Wah, wah. I don’t think either of those things are possible in L.A., particularly when you are visiting a store expressly designed to try to sell you great finds. It was absurdly expensive. But they did have some cool stuff. Like… 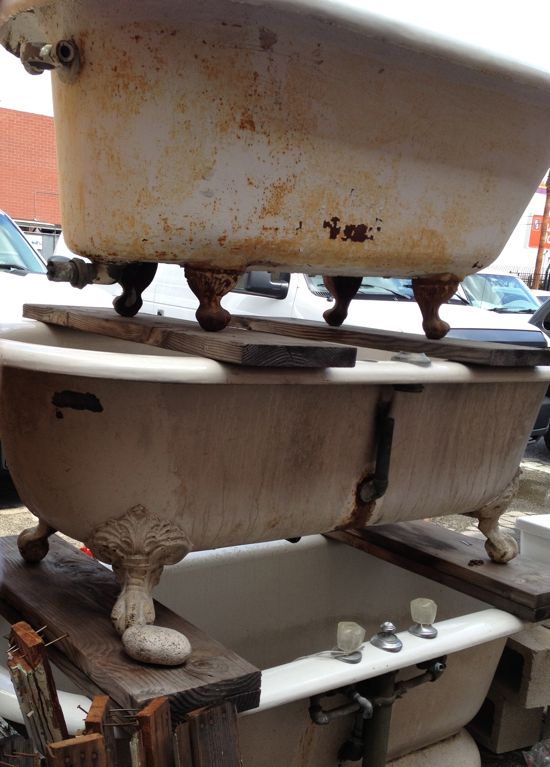 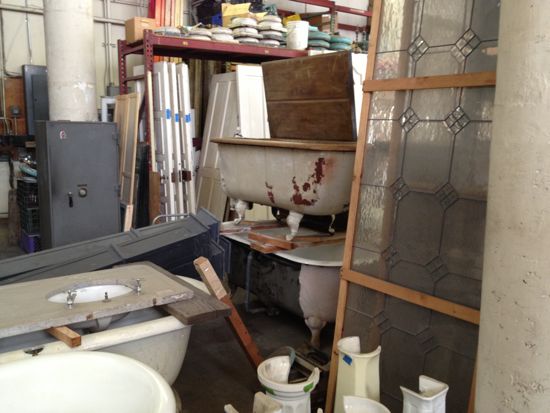 Claw foot tubs, other bathroom garbage, and lots and LOTS of doors. 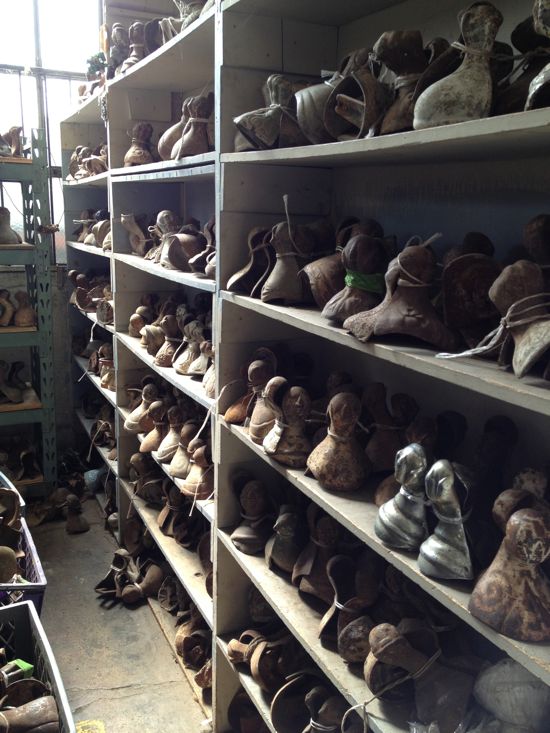 Shelves and shelves of these. What are they? I have no idea. Are they claw foots for tubs? If so, this is clearly a theme. 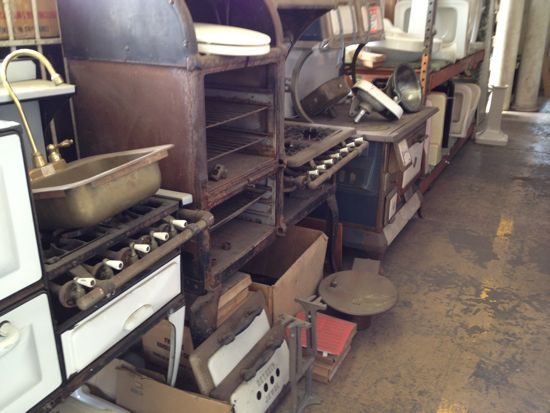 I love these old timey stoves. But in my head I hear my husband’s voice: “But what are you going to DO with it?” 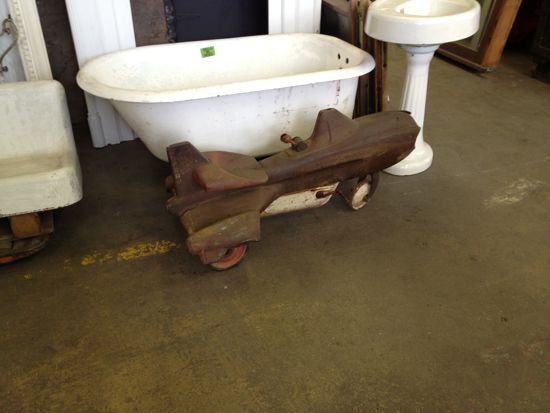 Super cool little ride-on toy that I would’ve considered if my boys were younger. 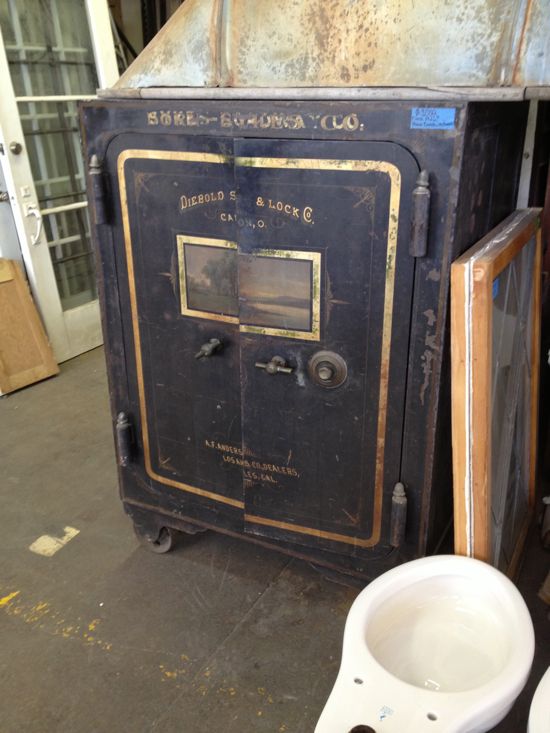 I love this safe. Except that they wanted nearly $4000 for it. But they have the combo!

So, I left there with a few things because I figured I came all the way down there, I might as well get something. One of my main prizes was this awesome peacock: 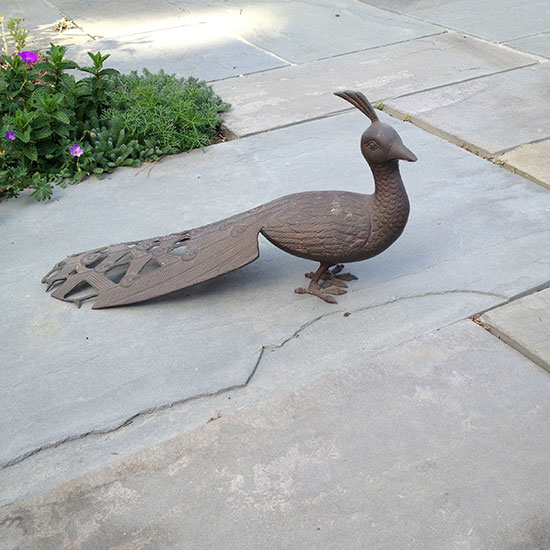 There he is in my backyard. I’m going to put him in the garden. Don’t ask how much I paid because it was OUTRAGEOUS.

But here’s where I need your help. Should I paint the peacock? (And honestly, shouldn’t that be a euphemism for something?) I can imagine him painted all glossy white. Or keep him dull brassy?

WHAT SHOULD I DO, PEOPLE? To paint or not to paint. That is the question.

In my next post, I’ll tell you about the reclaimed wood and what I plan to do with it.