As my boys get older, we’ve been considering redoing their bathroom. They currently shower regularly in our master bath, and you will see why: 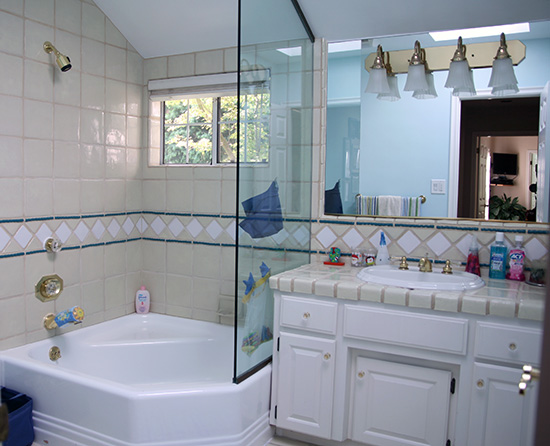 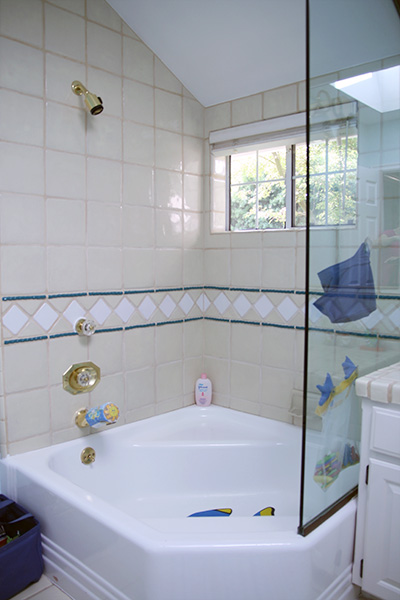 See that cool, funky, yet kind of totally nonfunctional tub? It’s a square tub, which was kind of lovely when they were little and were bathing; the extra large ledges provided play space and it was easy to bathe them.

But you’ll notice that there’s no shower curtain. Or doors. Nothing to enclose the tub for a shower. And no easy way to accomplish this feat.

The other problem with this tub is that it’s peeling. Badly. See? 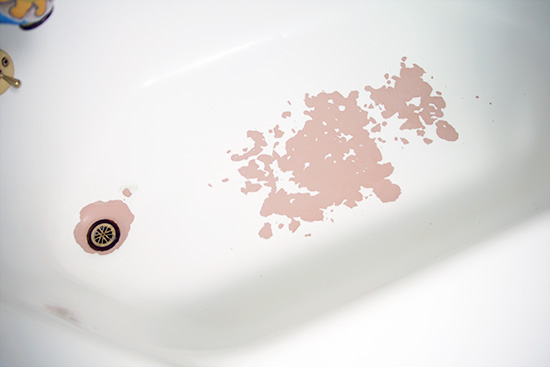 When we moved in 8 years ago, we had that tub refinished since it was peeling at that time, too. Holy hell, I’ve never smelled anything that pungent or powerful before or since. Even after three days of open windows, fans, and wishful thinking, that smell was nearly unbearable. So I’m not sure that we want to go through that again.

However, I do kind of like this tub, its uniqueness, and it fits perfectly in there. Now I’m discovering that it’s a period thing, that, depending on the source, anywhere from the 1930s to the postwar period saw a flourishing business in these “Cinderella tubs.”

How can you get rid of a Cinderella tub? Even if you do have boys?

Do you all have any ideas? We could probably solve the shower curtain issue, if only with a rather labor-intensive solution. But the deglazing. Should we suck it up and hope that the second reglazing will last until they leave the house? I’m stumped.

But in the meantime, I’m putting together an inspiration board for things I’d like to change up in there. If we’re doing something with the bathtub, might as well fix it up so it better suits what will eventually be teenage boys, right? 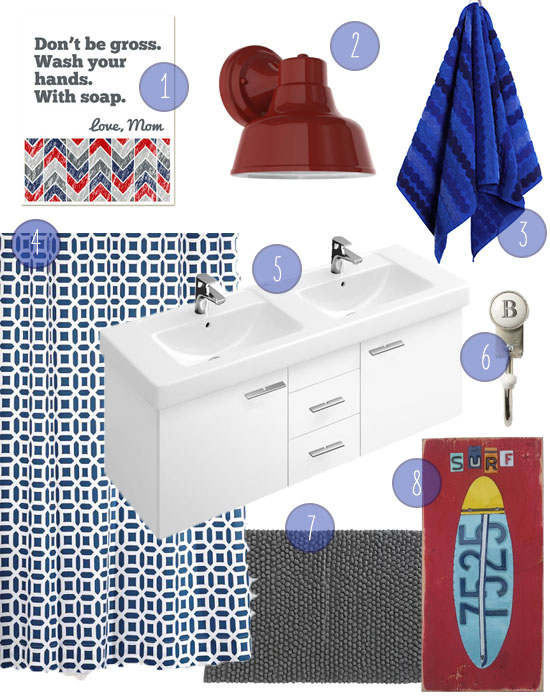 So, what do you think? Any suggestions? And what to do with that crazy Cinderella tub. (I almost called it a Princess tub.)